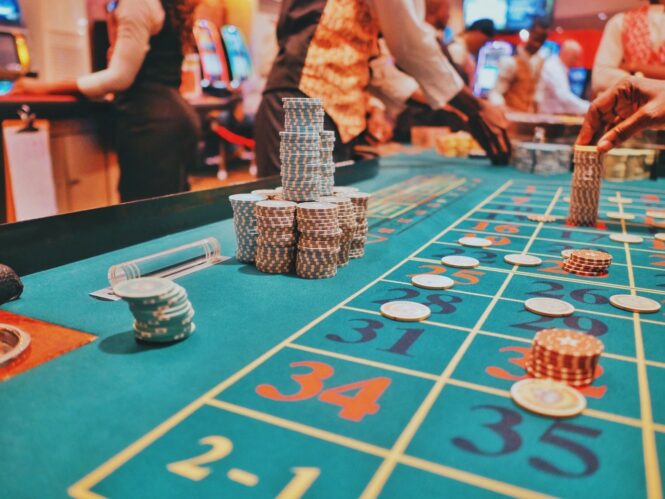 There are many myths that have somehow arisen concerning casinos. Some are to do with how fair their games are, others about luck, how you play and even an oxygen-related one. It’s time to bust five casino myths.

Let’s get the most ridiculous one out of the way first. No, casinos do not pump oxygen inside; it’s amazing to think anyone believes they do.

It seems we have a book to blame for this myth. Fools Die was written by Mario Puzo and featured the fictional Hotel Xanadu in Las Vegas. The casino owner wanted to keep his customers awake and playing, so he pumped oxygen into the casino. The longer they stayed awake, the more money they’d spend (or lose). This storyline has led people to believe that this actually happens in real life, but it doesn’t.

Casinos will try their best to ensure that their players stay awake during the early hours of the morning. There’s plenty of food and drink to consume. Playing loud music is one way of doing that but pumping oxygen is not on their agenda. Yes, there is air conditioning, and sometimes the air is scented, but that’s all. There’s no one with an oxygen tank, and it’s a fire risk anyway. Some casinos do have oxygen bars, but that’s all above board, and just how useful they are hasn’t been proven.

Something you won’t see in a casino, however, is a clock. No casino wants you to realise how long you have been there or how late it is.

Myth #2 – Casino games are not rigged

There’s always been a myth about casino games being rigged. This complaint usually comes from gamblers who have just had a bad session. It’s the same with horse racing, every horse that is backed and loses does so because the race was fixed. Casino games are not rigged; if they were, then there would soon be problems for that establishment.

Governing bodies exist that would clamp down on them right away if that was happening. It’s the same when you register with online casinos. A reputable site such as STS Casino is licensed and regulated by the UK Gambling Commission and the Malta Gaming Authority, so it would be investigated for any misbehaviour. It’s the same with bricks and mortar casinos; they cannot step out of line. Besides, if they rigged their games, who’d go to that casino?

Myth #3 – ‘Cold’ slots are about to pay out big prizes

It’s a myth that this is the case. Slot games have random number generators, and this determines what symbols will end up on the screen at the end of each spin. It’s not a case of thinking: “That slot hasn’t paid out a big win for a while; one must be due any minute.”

It simply is not possible to work out when a slot machine is going to pay out a big win. There are the Return to Player (RTP) percentage figures, but that doesn’t indicate the time elapsing between big wins. They can happen at any time, simple as that. Ignore the myths and any systems you can read on the internet.

To say this means you are claiming that there is no skill needed to do well in a casino. If that was the case, then poker tournaments would be rather interesting. There wouldn’t be players who learn all about casino games to become skilled at the games. Why do all of that if you are only going to win if your luck is in?

When playing games such as blackjack and casino hold’em, the ability of the player has a big part in how well they do. Knowing the optimum time to take another card in blackjack is vitally important. Don’t trust on luck all the time; it won’t work. These games have complex rules, and they have to be learnt. Yes, luck plays a part, but it doesn’t totally determine whether a player will be successful or not.

How many times do you see card counting take place in movies? Remember The Hangover or Rain Man? It’s a practice that can be used to get wins in games such as blackjack and baccarat. Don’t believe the myth that card counting is illegal, however. The law won’t mind if you do it, but it’s just that the casinos will. It’s against house rules, and staff will pay close attention to anyone they suspect of counting cards.

If they believe that card counting is taking place, then that player will soon have to start looking for somewhere else to play. Perhaps those who count cards didn’t read the myth that says it’s all about luck anyway.