The best Roulette casinos for US players 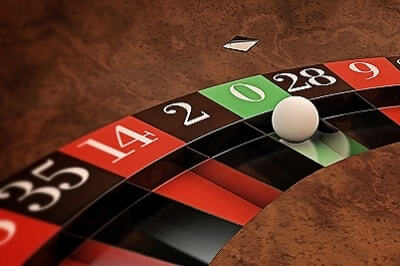 Roulette is probably the most familiar of all casino games. Walk into any casino and you can't fail to be struck by the excitement generated by the players crowded around the Roulette table.

Roulette is also the most popular casino game, as it allows new players a quick way to join in the action - and give themselves a chance to win big straight away!

This Roulette guide is designed to take you through the basics of the game, showing you how to bet - from the simple straight-up bet to the more complex multiple bets, including the special 'French' bets found in Monte Carlo casinos.

It also explains some of the more popular gambling systems favoured by Roulette players, and even allows you to practice for FREE until you're familiar enough with the game to want to play for real money!

Miami Club are offering new players 8 deposit match bonuses up to a maxiumum package of $800, that you can use to play on American and European Roulette.

A simple explanation of the game is that it involves a wheel (hence the name - 'roulette' means 'little wheel' in French) and a ball. The wheel is divided into small, separately numbered segments or 'pockets', each of which is just large enough to fit the ball. The two main forms of Roulette - European and American - have a different total number of pockets, and the pockets are numbered in a different sequence (see below)

Players bet on the outcome of each spin by placing bets on the board. These bets can range from simple one number bets to more complex combinations. All the betting options open to you are explained in detail below.

European Roulette is the original and most popular form of the game.

In European Roulette, the wheel and board are numbered from 0 to 36.

As we'll see, the zero gives the casino a slight but significant edge over the player.

American Roulette is a more modern form of the game, found mainly in North American casinos.

But the main difference in American Roulette is the addition of the Double Zero. This may not seem like a huge difference, but it gives the casino a bigger advantage when compared to European.

On each spin of the wheel, players have the opportunity to place as many bets on single numbers and number combinations as they can before the dealer calls 'no more bets'.

The Roulette board is laid out as a matrix, allowing complex bets to be placed as quickly and easily as possible.

The following bets are the ones most commonly used.

In each case, we explain the odds against winning (for both European and American Roulette) and the payout if you do win. The discrepancy between the odds and the payout is what gives the casino its advantage - the so-called 'House Edge'.

Inside and Outside bets

NB You may sometimes hear the terms 'Inside' and 'Outside' used when describing Roulette bets.

'Inside' refers to bets placed on the numbers themselves and includes the Straight, Split, Street, Corner and Line bets

'Outside' refers to bets placed on the perimeter of the board and includes 1-18, 19-36, Odd/Even, Red/Black, Dozen and Column bets

Also known as a Single, this is a bet on any single number.

To place a Straight, simply put a chip in the centre of the relevant numbered square.

The payout on a Straight is 35 to 1 in both European and American Roulette i.e. you win 35 units for every 1 you stake.

A Split is a bet on any two adjoining numbers (either vertically or horizontally) e.g. 7-8 or 24-27.

To place a Split, put a chip on the line between the two numbers.

The payout on a Split is 17 to 1 in both European and American i.e. you win 17 units for every 1 you stake.

To place a Street, put a chip on the edge of the line of one of the two outside numbers.

The payout on a Street is 11 to 1 in both European and American.

To place a Corner, put a chip at the intersection of the lines between the four numbers.

To place a Line, put a chip on the edge of the board, at the intersection of the lines between the two rows of numbers.

The payout on a Dozen bet is 2 to 1 i.e. your return will be three times your stake.

A Column is a bet on all twelve numbers that make up a vertical column.

To place one of these Even Money bets, simply put a chip on your selected square around the outside of the board.

The payout on all Even Money bets is - unsurprisingly! - 1 to 1 i.e. your return is double your stake.

The Even Money bets are the ones that most Roulette players favour when they're looking for a Roulette system.

On some European Roulette games (eg Roulette Pro at bet365 casino), you'll be given some extra betting opportunities. These are known as the 'French bets' (sometimes 'Called' or 'Call' or 'Announced' bets).

To understand the French bets, imagine the wheel being divided into four segments, each of which is named to describe that segment's relationship to the zero i.e. is it near to the zero, opposite from the zero, or neither.

These segments are known as Voisins du Zero meaning 'neighbours of zero', Tiers du Cylindre (or just Tiers) meaning 'Third of the Wheel' i.e. the third of the wheel opposite the zero, and Orphelins meaning orphans i.e. no relation to Zero.

If these bets are allowed, there will be a separate betting area above the main board, where these bets can be made.

Any winning bet will see a return of at least twice the original stake.

Any winning bet will pay the player three times their initial stake.

The 'Orphans' bet covers the two sections of the wheel not included in either the 'Voisins du Zero' or 'Tier' bets, and consists of eight numbers played with just five units staked.

Any win on 'Orphelins' is guaranteed to pay out at least double the original wager.

The best casinos for Roulette

Check out the casinos below for the best Roulette games currently available. 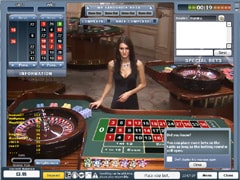 Once you've familiarised yourself with the rules of Roulette on our free play Practice game, why not try playing with real Live Dealers? It's the most authentic casino experience you can get, without leaving your home!

At our Live Casinos, you can play to 60 games an hour in Roulette, and the VIP rooms allow you to bet up to an amazing £500,000, with exclusive dealers, dedicated to high stakes gamblers.

Choose your bets from the list above and use it on Live Roulette now!